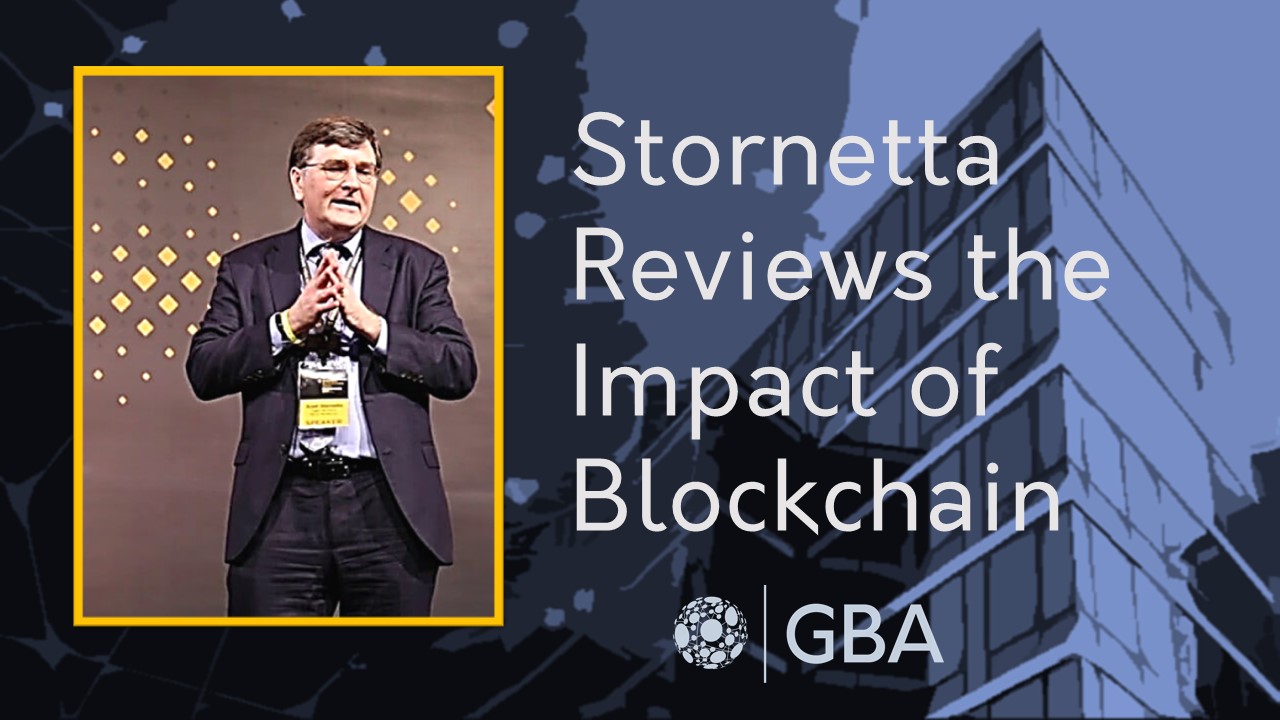 A Digital Revolution: Stornetta Reviews the Impact of Blockchain

In the 1990s, two men stand in a restaurant line, realizing that they have cracked the problem of giving consumers complete control over their assets.

“In the midst of trying to prove that you had to trust someone, we constructed a way not to trust anyone,” Scott Stornetta said as he drove his car. “In trying to prove the opposite of what was desirable, we found a way to solve the problem.”

The problem in question was the immutability of digital records, where the data could not be tampered with or corrupted by a middleman once it releases on the internet. Inadvertently Stornetta and his partner Stuart Haber managed to create the concept that is today known as Blockchain.

The world of cryptography regards Stornetta as one of the founders of Blockchain technology. A Stanford graduate, he and Haber published numerous papers concerning the new system they created. In Satoshi Nakamoto’s white papers, the founding principles of Bitcoin, the third through fifth entries cite cryptographic time-stamp principles that Stornetta and Haber directly developed.

“The first time I heard about Bitcoin was because I started getting mail from people I did not know,” Stornetta said. “People said they googled me and saw that I lived in Japan and speak Japanese and wondered if I was Satoshi.”

The development of Bitcoin attributes directly to Satoshi Nakamoto. Although “he” perpetuated a movement that would change internet finance internationally, no one knows who it really is. Internet speculation has created theories going as far as saying that the pseudonym could stand for a group of internet technicians. The entity known as Satoshi created the white paper guide to how the program works while also launching the first implementation of the cryptocurrency.

Stornetta, however, dismisses the notion that Satoshi has to be a team of individuals simply based on the sheer amount of work that went into developing the Bitcoin.

“I really believe that it is someone in the crypto cypherpunk world who has been following these trends for some time regarding digital cash and managed to put two and two together,” he said.

Despite his anonymity, Satoshi used Stornetta’s work to develop the first blockchain database to implement his Bitcoin discovery, which was no small feat. According to Grand View Research, the technology was valued at $3.67 billion globally in 2020 and will rise at a

“Because the white paper references Scott on three separate occasions, you could make the case that he taught Satoshi blockchain,” said Gerard Dache, president of the Government Blockchain Association.

With recent technological progression, Stornetta offers insight into what the international consumer base can expect, especially in terms of finance. With Blockchain giving consumers complete control over their money, it puts tremendous pressure on the most significant middleman: the banks. He offered a model to demonstrate his thought process.

The Atlantic Council defines a central bank digital currency as “a digital form of a country’s fiat currency that is also a claim on the central bank.” Rather than issuing paper and metal assets, the reserve would give digital currency to the user with full faith. This ensures that those without access to a bank would have access to essential financial services in a widespread manner.

“It suggests that the idea of issuing money straight from the banks to the individual user will bring up the question: what is the role of the bank and will they have to reinvent themselves or to cast aside their ways,” he said while waiting at a red light.

Although he admits that this statement is an exaggeration, prominent figures in the world of data and cryptocurrency have begun to echo this same sentiment.

“Blockchain deployments in life sciences, health tech, edu-tech, and agrotech are poised to redefine, recalibrate, and reshape the way we live,” said Dr. Ingrid Vasiliu-Feltes, president of Detect Genomics. “Both blockchain and distributed ledger technology represent a catalyst for the global digital future.”

The widespread rise of Blockchain has also made it into the world of politics; as one of the Democrat candidates for the major of New York City, Andrew Yang has openly made the technology one of his main talking points when in terms of voting rights. His 2020 presidential campaign website explicitly states that blockchain usage in voting ensures “fraud-free” elections and “revolutionize true democracy.”

Being a supporter of transparency, Stornetta echoes Yang’s idea. He fully believes that Blockchain and government can work hand in hand to help the process of governance and accountability evolve.

“Governments have a tendency to evolve and still find a useful function, even if initially they feel that some new technology threatens the power structure,” he said.

With the consolidation of power, these arms also extend to online corporations, which often stand as chief offenders of freely consolidating the information of their users. One of the foremost perpetrators of this is Facebook. With almost three billion users, the website acts as one of the biggest data hubs on the internet.

According to Tech Republic, Facebook disclosed the personal information of over 87 million users to Cambridge Analytica, a British consulting firm that used the data for political advertising in the 2016 election. When the news broke in 2018, there was a significant backlash to realizing that a massive corporation can harvest anyone’s profile for sales.

“I think there are cases that blockchain will really help disintermediate certain concentrations of data today,” said Stornetta. “You could think of Facebook as having a monopoly power over the data of billions of people, and I believe that this technology helps democratize that.”

While he made a turn towards the road leading to his house, Stornetta offers an analogy that has he cited before in his lectures regarding how the technology is being perceived.

“It’s not unlike the development of the printing press, which suddenly democratized bookmaking,” he said. “The government felt threatened because they felt they had control over what got printed. We don’t see Blockchain as having that effect on threatening a government.”

With governments debating the future of the world financial system, Stornetta is ardent that Blockchain will not be a passing trend and will be firmly established as the main facet of trade.

“Cryptocurrencies have become much more viable as being considered part of the mainstream and are becoming a part of the world financial system,” Stornetta said. “I don’t think there’s any going back.”

“Another way to think about it, in the long run, is that institutions evolve based on the records that are needed and parties that need to interact. You’re going to see new kinds of institutions evolve that are different from territorial governments and traditional banks,” he said.

The said effect has already begun to materialize in the United States slowly. The National Conference of State Legislatures reports that 25 states have introduced legislation in 2021 to establish committees to research Bitcoin implementation and blockchain ledgers.

With every talking point, Stornetta’s concepts are becoming an ever-evolving reality. Three decades ago, he and Haber embarked on a journey to disapprove of the very technology they ended up inventing, which poises to act as the main blueprint of cryptofinance.

“The Blockchain is about standardization and interoperability. In terms of the applications, the technology is programmable to anything, and that is the future,” he said.

As he pulls into his garage, Stornetta gazes out of his window, looks at the camera, and smiles.

“There is going to be a huge explosion of people building open-source software on top of open-source data,” he said while grinning. “It’s going to be you or someone else who will figure out something interesting in that space.”

With that, the digital pioneer turns off his phone, leaves his car, and with it the blessing for up-and-coming developers to take his work to the next level.