WHAT IS THE BLOCKCHAIN?

Blockchain is an infrastructure software technology that has emerged over the last several years that enables many new services and convenience that until fairly recently, simply did not exist.  As our smartphone and interconnected world continues to evolve, there are many challenges facing all users of digital technology: sometimes they are insecure, many times involve a third party to validate transactions (where funds are changing hands), costs are still in the system that reflect older ways of doing things, silos or “stove pipes” of data (owing to a lack of collaboration at the digital level) keep many parts of a linked chain, very much separated, which slows many digital transactions down and produces vulnerabilities, and the list goes on.

Blockchain solves a number of these challenges by integrating and converging a list of critical technologies and services.  These include: 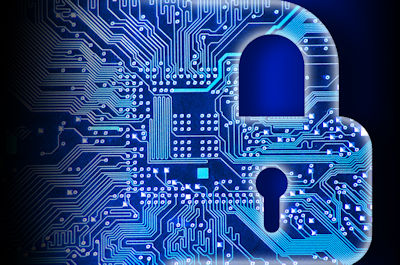 Think about the last five years of streaming video, network speeds and computing software, hacking, data breeches, etc. and you will begin to see why technologists and software professionals have been looking for a new approach to all manner of use cases in our digital world.  Also recall that governments do not always know the best approach to deliver services nor erect boundaries while remaining altruistic towards the citizens they are authorized to protect (remembering the currency and monetary failures of entire nations as well as for-profit corporations that crossed lines that should not have been crossed, etc.).

In this landscape and milieu of the high demand for protection, convenience and autonomy, blockchain combines the key technologies mentioned above in order to facilitate, for instance, digital money that is more a person-to-person exchange of value, versus a government underwritten currency that can be manipulated by forces well above an individual’s control.  These have been called crytpocurrencies and Bitcoin™ is the most well-known example.

However, there are dozens and dozens of other examples and rich possibilities—both in the ‘monetary exchanges’ category as well as use cases that could leverage blockchain to the advantage of buyers and sellers.   (Example: credit card companies (and the consumer credit value chain) earn a lot of revenue by acting as a third party validation between a buyer and a seller, and their respective bank accounts.  What if we did not need the third party and could exchange funds by sending them directly from my account to yours, for everything from an ice cream cone to a parcel of land or a new home?)

Government will clearly have a role, at the international level, the federal level, state and providence and even local level, too.  Its seems like almost everything that could be considered a possible use case for blockchain, is now being considered, from voting management, to cross border refugee identity and citizen identification (think about the presidential elections and vote-counting challenges as well as refugee challenges in the past twenty years).

GBA will convene governments and those who desire to lead, follow, or even simply monitor same, and bring blockchain’s implications out into the open.  As an association of members who care about this emerging solution-set there is a validated need for transparent and honest dialog that balances its amazing promise with the need to use it strictly for good and altruistic reasons.