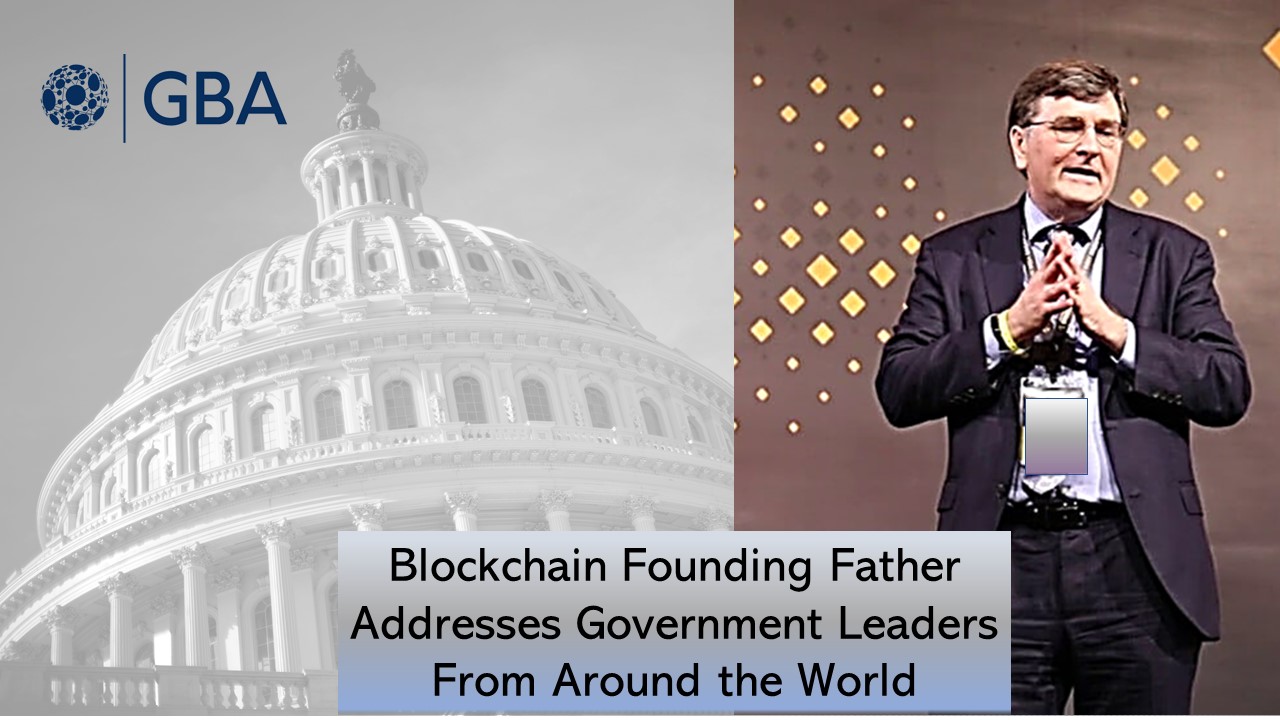 Our world is in a crisis of trust. People no longer believe the news, their politicians, or large corporations. Governments need to understand and address this crisis because if ignored, it will only get worse.

In May of 2021, one of the founding fathers of blockchain technology, Dr. W. Scott Stornetta will address government leaders from around the world at the US Capitol in Washington DC.

Dr. Stornetta is a proponent of the transparency and integrity of Government Records and he believes that without transparency, ‘democracy dies in darkness’.

He will speak to the progress of blockchain technology in five key areas:  transparency of government records, integrity of voting, privacy rights of citizens, reducing income inequality, and the rise of Central Bank Digital Currencies (CBDCs).

Blockchain proponents and government representatives from around the globe will be in Washington for GBA’s Government Blockchain Week, the largest government blockchain event in history. A distinguished list of speakers includes members from:

The United Nations, The European Commission, The International Monetary Fund (IMF), Security and Exchange Commissions from around the world, The Republic of Kazakhstan, The Austrian Institute of Technology, The Croatian Ministry of Finance, The Government of India, The London Stock Exchange, The Malta Digital Economy Taskforce, The Republic of Slovenia, The Swiss Federal Dept of Foreign Affairs, The United Kingdom Dept for International Trade, The US Commodity Futures Trading Commission (CFTC), The US Dept of State, The US House of Representatives, and many state and local representatives from around the world.

This crisis of trust affects race relations, elections security, economic security, national security, supply chains, pandemic response, public health, crisis response, currency control, government control, and more. We need to know that what we are being told is the truth, and nothing but the truth. Next May, Dr. Stornetta will be explaining how with blockchain, ‘We the People’ can own the proof of integrity. Policy makers, administrators, inventors, entrepreneurs, thought leaders, executives, change agents, impact players, and private citizens are invited to become part of the movement to restore integrity to the public sector.