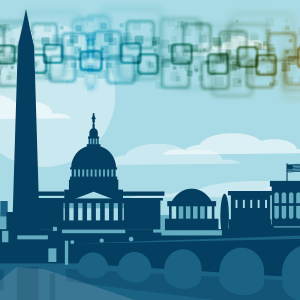 One would think that global governments and government organizations would be eager to dismantle their gated bureaucracies and diminish the public mistrust that holds them back and shackles them from seizing the opportunity of becoming a powerful, added-value citizens’ resource.

The reality is that a few governments are more proactive than others while many others are still lurking in the shadows of the Blockchain movement waiting for someone to lead them to the Blockchain fountain of transparency, immutability and disruption.

Some governments are trailblazers embracing this new technology such as the “new” country of Estonia e-Estonia and the “new” Smart City of Dubai. In the United States, a few states are taking a pro-active stance such as the State of Deleware’s Blockchain Initiative and the State of Vermont’s exploration of Blockchain use.

And there are other countries, governments and agencies that are slowly moving out of the shadows and waking up and smelling the Blockchain roses. They are now conducting internal research or hiring consultants to educate them and to map out potential Blockchain use.

The potential and market for the adoption of Blockchain services in government are enormous. So much so that there are many private global blockchain industry groups and associations positioning themselves to influence government and citizens alike. In the U.S., for example, there is the Wyoming Blockchain Coalition whose mission is to “… educate Wyoming citizens about the power of blockchain technology to cut costs, streamline administrative processes and spur entirely new businesses in Wyoming.”

On a global basis, there is the Global Blockchain Business Council whose members from over 30 countries are attempting to advance global understanding of Blockchain technology.

Unique to government, of course,  is the dynamic, Government Blockchain Association (GBA).

GBA is committed to helping government and public sector people and organizations worldwide 1) understand, 2) implement and 3) benefit from blockchain related technologies and capabilities.

Building Trust in Government – Exploring the Potential of Blockchains

The IBM Institute for Business Value surveyed 200 government leaders in 16 countries on their experiences and expectations with Blockchain (2017). This study found that many groups of government organizations are readily embracing Blockchain technologies to reduce frictions to innovation and information flow and to facilitate more extensive collaboration.

HIGHLIGHTS FROM THE IBM SURVEY

One result of the study shows that while virtually all government organizations surveyed intend to invest in Blockchain by 2018, a small group of pioneers (14%) is setting a faster pace and a new direction with Blockchain today.

Despite their focus on innovation, government executives – including those from the Trailblazer organizations – aren’t particularly concerned that Blockchain will be disruptive because it really isn’t. It’s actually constructive (well, I’d say it first deconstructs then reconstructs). Blockchain will smooth out many friction or pain points of government processes, systems and services.

Just 35% of respondents anticipate significant disruption and only in one area – contract management (see Figure 7). Additionally, 60% expect at least some disruption in borderless services, asset management and identity management.

Six in ten governments recognize regulatory constraints as the greatest barrier to the adoption of Blockchain (no surprise here, government regulatory agencies and legislators themselves are at fault here), followed closely by what they perceive as immature technology and lack of executive buy-in (see Figure 8).

The immature technology issue though is rapidly changing as Blockchain technologies continuously adapt and mature to market conditions. The lack of executive buy-in will dissipate as they are educated on Blockchain technologies and their use by the very same groups cited in this article. What we especially need are more use cases or successful pilot programs to demonstrate to business executives and government officials of all stripes, that Blockchain is effective and now a reality.

Ultimately, Blockchain will unleash and amplify the power of open government. As part of a collaborative ecosystem enabled by Blockchain technologies, governments will become a more trusted partner and reinvent existing processes to enable more collaboration across agencies and with citizens. Blockchain will eventually provide a consistent, transparent and open view of activities, information and decisions, fueling the open innovation and reinvention of many government services.

Government organizations, like those in any industry, are wise to take the long view on Blockchain. But unlike other industries, because they shape the regulatory and legal environment, they can’t afford to stay on the sidelines. Government organizations don’t just stand to benefit from the greater trust promised by blockchains; they are uniquely charged to create it for the benefit of all.

John Dean Markunas is a real estate industry Blockchain Adviser and Front-End Business Development Consultant with a global outlook.  John is an active member of the International Real Estate Blockchain Association (IBREA) – a member of both the New York City and São Paulo, Brazil IBREA Chapters. He is also a member of the Government Blockchain Association (GBA) and the Leader of GBA’s Land Titling Working Group, which is dedicated to developing best practices and communication tools for educational outreach to land registry offices on a global basis.