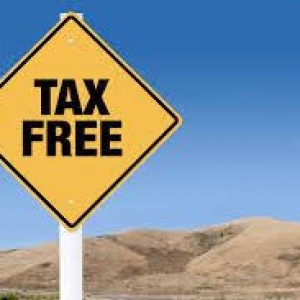 Taxation in the United States, both on Federal and State levels are serious considerations as to where a person lives, and new businesses are opened. Currently, there are 7 tax free income states, and it is worth examining their laws and regulations in relation to crypto and virtual currencies, so that we can extrapolate from this information future projections in the realm of crypto businesses in these states. The question will be; does Income Free equate to business friendly?

The 7 States without Income Tax are;

Alaskan law does not have any specific crypto currency regulations. The Alaska Division of Banking and Services has issued guidance that only transactions involving fiat currencies are subject to the state’s Money Transmitter law.

A “Crypto Czar was appointed by the state in June 2018, and we will have to watch over the upcoming years how this Czar attempts to regulate the use of cryptocurrencies.

Crypto and Virtual Currencies are do not presently fall under the scope of Nevada’s Money Transmitter Act. Furthermore, Nevada’s Department of Business and Industry does not hold a specific position, as seen through its lack of public comments on the issue as to the regulations of virtual currencies. Having stated this, Senate Bill 195 which was proposed in February of 2019 if it were to become law states that “persons engaged in certain business activity involving virtual currency to obtain a license from or register with the Department of Business and Industry.”

South Dakota’s Department of Labor and Regulations holds no public comment on virtual currencies, nor does South Dakota law include money transmitter laws do not explicitly include the concept of “monetary value” or medium of exchange.

Texas was the first state to release an official position on bitcoin with Memorandum 1037 clarifying that no money transmitter’s license is required to sell Bitcoin. Bitcoin and other virtual currencies are not treated as legal money in Texas.

Washington State includes virtual currencies in its 2013, Uniform Money Services Act. H.B. 1327. In July 2017, Senate Bill 5031. S.B. 5031, added even more restrictive laws on virtual currencies, as they now fall under the state’s money transmitter rules and regulations. They are considered in the same category as fiat currencies.

In March of 2018, H.B. 70, known as the “Utility Token Bill” was signed into law, making Wyoming as one of the most crypto currency friendly states in America. The Bill itself exempts “Utility Tokens” from the state’s securities laws provided;

As we can see, 6 out of 7 of the Income Free Tax States are crypto and virtual currency friendly and allow businesses and individuals to use and trade these currencies without state government interference. Thus, promoting free trade and commerce within the states. This fact will in my opinion allow for the growth and acceptance of crypto currencies as a legitimate form of money, while at the same time bringing in revenue and future businesses into these states. It is a win-win for everyone. The question remains as to why Washington does not follow suit with the rest of the Income Free States? The answer to this, seems to be its location as the tip of the West Coast. For, Washington’s bordering states have more defined crypto currency laws, and it would seem that the thought process of the west coast, is different from many of the more independent minded Tax Free States.