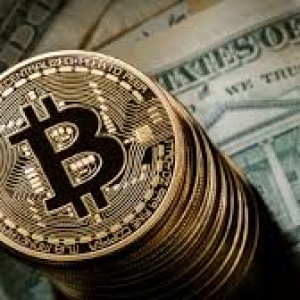 Texas was the first state to officially deal with the issue of digital currency. In 2014, the Texas Department of Banking in Memorandum 1037 made clear that no money transmitter’s license is required to sell Bitcoin.  In response to this, State Representative Matt Schafer, submitted a state constitutional amendment, which would allow the freedom to trade and use for commerce digital currencies without interference. H 85R, H.J.R 89, Tx. 2017 in 2017. However, the amendment was officially “left pending” in committee. The legislature is currently in session until May 27, 2019 and we will have to reevaluate any changes after its adjournment.

New York, has some very antiquated laws when it comes to cryptocurrency. In 2016 a regulation called BitLicense was passed. BitLicense requires any operations related to virtual currencies to obtain state licensure. In essence, this is a way for New York to control cryptocurrency.  A year later, in 2017, a bill (AO8783B) created a digital currency task force to determine the impact of cryptocurrencies on New York financial markets, and on 12/21/2018 it was signed by the governor. The law specifically “creates the digital currency task force to provide the governor and the legislature with information on the potential effects of the widespread implementation of digital currencies on financial markets in the state.” (Official Bill Summary) It would seem from the creation of this task force that NY is trying to update their understanding and utilization of digital currencies.

The state legislature, is not very active in cryptocurrency laws or regulations. Only recently, in September 2018, the Governor approved a blockchain working group. Its function will be to research blockchain’s implications in terms of governance and commerce. In the same month, the state legislature also passed Assembly Bill 2658 which, once enacted, would introduce legal definitions of “blockchain technology” and “smart contract.” In section 2 of the bill, we read, “The Secretary of the Government Operations Agency shall appoint a blockchain working group and designate the chairperson of that group on or before July 1, 2019, to evaluate all of the following; The uses of blockchain in the government and California-based business.” In other words, the upcoming months will be essential to blockchain and cryptocurrency futures in California, as they transition from working groups to working laws.

As we can see, blockchain and cryptocurrency laws and regulations are still in their infancy even within the three largest states by GDP. There is no doubt in my mind, that these issues will become even more important as trade deals and tariffs continue to be discussed on a national and international platform. Why? Because money sits at the heart of these deals, and if digital currencies are a pathway to tomorrow’s economy, then they automatically become part of today’s discussions.