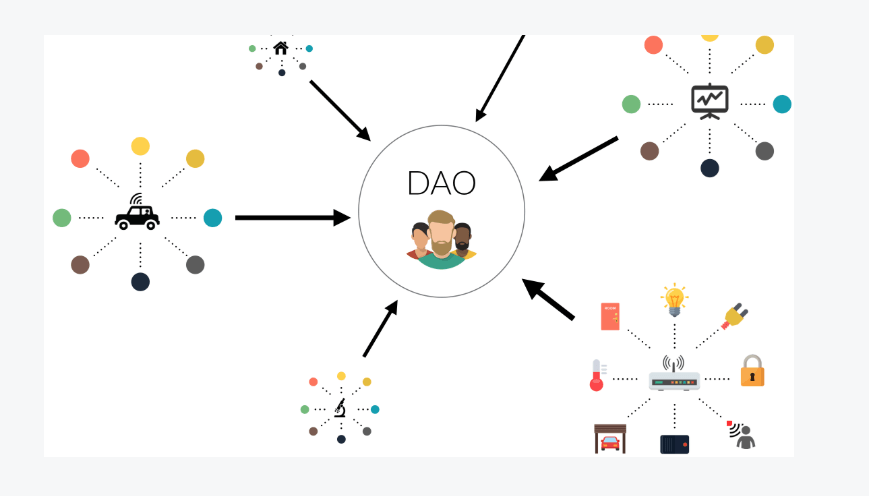 Join the Government Blockchain Association of Miami for our first VIRTUAL blockchain meetup!

We will be going over the concept of a Decentralized Autonomous Organization and its potential. What is a DAO?

A decentralized autonomous organization (DAO), sometimes labeled a decentralized autonomous corporation (DAC), is an organization represented by rules encoded as a computer program that is transparent, controlled by shareholders and not influenced by a central government. A DAO’s financial transaction record and program rules are maintained on a blockchain.Decentralized autonomous organizations are typified by the use of blockchain technology to provide a secure digital ledger to track financial interactions across the internet, hardened against forgery by trusted timestamping and dissemination of a distributed database. This approach eliminates the need to involve a mutually acceptable trusted third party in a financial transaction, thus simplifying the transaction. The costs of a blockchain-enabled transaction and of the associated data reporting may be substantially offset by the elimination of both the trusted third party and of the need for repetitive recording of contract exchanges in different records. For example, the blockchain data could, in principle and if regulatory structures permit it, replace public documents such as deeds and titles.

Here is a tutorial if you run into any trouble.

Follow the instructions and look for 2020 Decentralized Autonomous Organization at 6:00 pm.

Silvio Pupo-Casco is a Miami native, activist, futurist, and impact investor that currently serves as the President of the Government Blockchain Association for Florida and Latin America. He is currently an Ambassador for the City of Miami as a board appointed member of the City of Miami Mayors International Council.