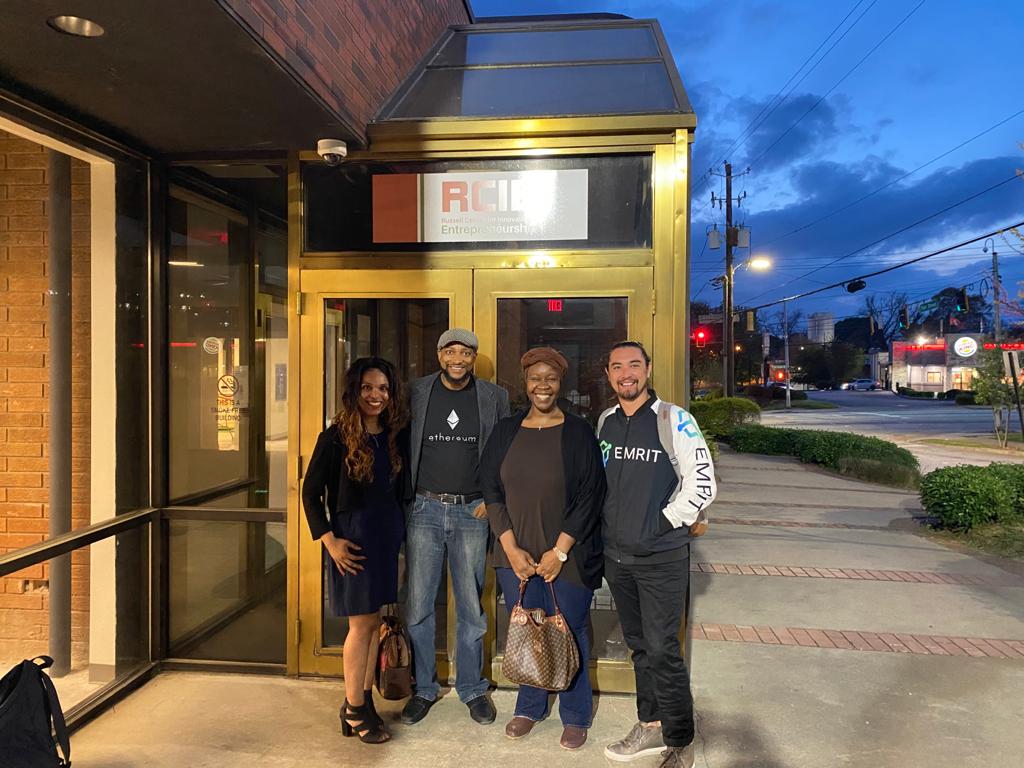 The Georgia GBA Chapter has been meeting online for the past couple of weeks with individuals who are both new and well seasoned in the blockchain space.  On 3.30.2021, the GA/GBA Chapter held its first in-person meeting since the Covid-19 shut down at the Russell Innovation Center for Entrepreneurs (RICE) based in Atlanta.

During the meeting, they discussed how to both educate and empower individuals who are new to the blockchain space so that they could be involved in helping to develop, as well as contribute to various initiatives that utilize blockchain technology.  From mining crypto, to blockchain usage in the gaming and supply chain management space.  To developing Smart Cities and IoT, a dynamic discussion was had on what is happening around the world with various use cases.

The Georgia GBA Chapter’s goal is to ensure that business and government agencies throughout Georgia come together in order to support other GBA members, (individuals, corporations, government agencies) strategize to bring blockchain initiatives into reality. They are focused on supporting GBA members who are entrepreneurs from Opportunity Zone Communities to present themselves before networks of investors who need their capabilities.  As GBA members, they will work within the GBA Working Groups in order to both contribute their knowledge and ideas. In addition, to developing blockchain solutions, GBA’s partnership with Emerit and STEAM Revolution GA/GBA will take blockchain learning into Georgia’s school communities and unleash the capacity of distributed autonomous learning models.

The GA/GBA Chapter will host live meetings every last Tuesday of the month where GBA members will have an opportunity to share information on various blockchain initiatives.