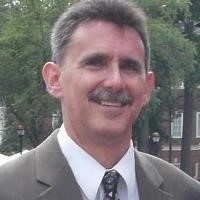 We are pleased to announce that Mark Waser has accepted the position of Chief Technical Officer (CTO) with the Government Blockchain Association (GBA).  As a CTO, Mark is responsible for the development and maintenance of all technology solutions serving GBA members, volunteers, staff and leadership. Mark has been part of GBA since the beginning. He attended the first meetup in 2017, which then transpired into what is now GBA. Recently, he has been exploring the intersection of collective intelligence and blockchain technology.

Mark’s contributions are immeasurable. First, he has led the development of a cross-platform GBA utility token that enables GBA members to earn rewards for their contributions to the GBA community via selling or using tokens to pay for memberships, training, and conferences. And now he also will oversee the continued maturing of the GBA website where he is looking forward to improving the performance and functionality of our existing suite of technologies.

Before joining GBA, Mark has spent over 35 years in a distinguished career in software systems design and development, and artificial intelligence. His vast experience includes the following four prongs: (1) he developed systems ranging from an expert system shell and builder for CitiCorp’s FastFinance lease evaluation and approval system; (2) and then to a neural network evaluating thallium cardiac images of Air Force pilots for Wright-Patterson AFB; (3) next, to numerous natural language processing and information extraction programs; (4) and finally, to a fork of the PIVX blockchain.

Mark has an M.S.E. degree in Artificial Intelligence from the University of Pennsylvania, and has performed doctoral studies in Machine Learning and Human Decision Making at George Mason University. He is particularly interested in safe ethical architectures and motivational systems for intelligent machines, including humans, and sees blockchain technology as foundational infrastructure for that goal.

The GBA is extremely fortunate to have Mark as our new CTO, and we look forward to working together for improving solutions to our GBA community. Please congratulate Mark for his tremendous achievement with GBA.

One thought on “GBA Welcomes Mark Waser as New CTO”