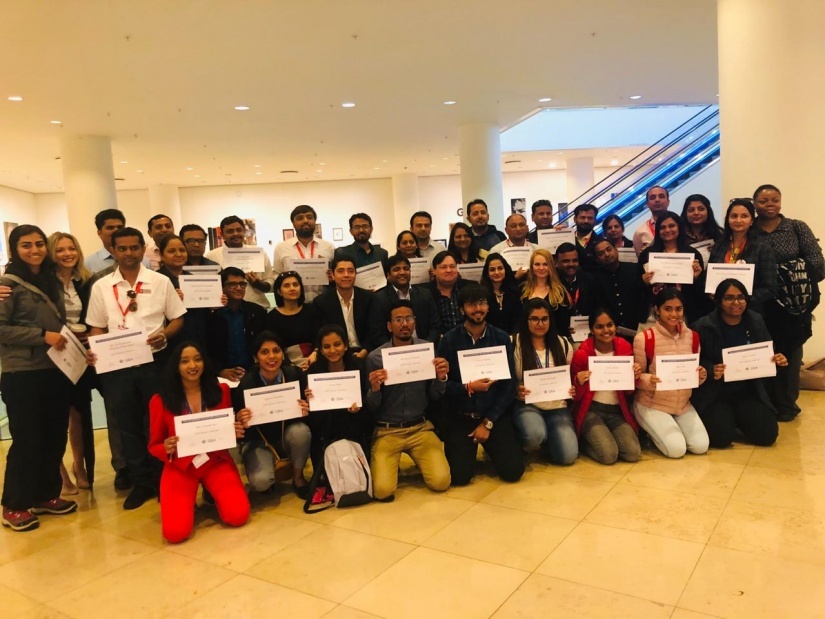 GBA members, scholars and students pose with participation certificates after attending an all-day educational event in London on May 27. Photo courtesy of Shiv Aggarwal, GBA member.

The educational event delivered an opportunity for visitors from Gujarat, India to learn from London’s depth of knowledge within the innovation ecosystem.

Over 35 students and professors received participation certificates, showcasing London’s strength in innovation and entrepreneurship by connecting leading blockchain technology experts with scholars and students. Furthermore, since blockchain technology and its use cases in cryptocurrencies – supply chain or elsewhere – are not well understood in India, the partnership helped students advance their educational and professional pursuits.

The delegation is an example of the ongoing partnership between the Indian and UK governments.

The International Student and Faculty Development Program, a special educational and professional development program which is facilitated by the Gujarat state government and the British Deputy High Commission in Ahmedabad, brought together people from both Indian and British cultures for the event. Over the course of a year, the hybrid program aims at providing several hundred university professors and students with an understanding of education and business innovation in the UK market.

The GBA gathering in London comes at a time when the education industry is the UK’s largest service export to India. Educational partnerships between India and the UK have increased over the past decade, despite some significant visa changes in the UK. However, the bilateral relationship between the two countries has strongly increased over the last two decades. For example, India is the third largest job creator in the UK; and the UK is the fourth largest investor in India.

Please explore how GBA can help you become certified in blockchain technology, or fill out an online application if you’re interested in starting a student chapter.