The issue of illegal immigration is front and center in today’s political discourse, however when you think about this topic it is not new to our society. Over the past 20 years, the question of border security, the exact number of individuals in the United States illegally and how we can control both, has been in the forefront of civil and political dialogue. In consideration of these facts, the United States is now facing the inability to track migration and migrants from one country to another. Thus, the federal governments is not able to verify identities of individuals who have entered the country illegally, thereby rendering American’s immigration policy ineffective and weak.

There is no official measure of how many people succeed in illegally crossing the border, however we do know that according to the US Customs and Border Patrol that there were 396, 579 apprehensions in 2018. This number is up by approximately 93,000 from 2017. This increase can either be due to a rise in illegal border crossings, or stricter enforcement. However, there is no true way to determine this fact. Accordingly, a Pew Report that was authored in 2016, placed the number of Illegal immigrants in the United States at 10.7 million. This number represented 3.3% of the total population and 4.8 percent of the work force in the United States. The Pew Research Center also found that in 2014, 58% of these illegal immigrants lived in 6 states; California, Texas, Florida, New York, New Jersey and Illinois. While these numbers are staggering to many, the larger problem is not the number of illegal immigrants crossing the border, but it is the inability to verify their identities that is the true problem.

Blockchain Solution to the Problem

One of the solutions that can be applied in order to track identity would be to build a distributed blockchain network that would hold within it, an international database of individuals. An example of this could be based on companies like Accenture and Microsoft, who are joining nonprofit organizations in a public-private alliance called ID2020. Their mission is to help achieve the UN goal of providing a legal identity to everyone, starting with the 1.1 billion people who lack any officially recognized proof of their existence.

Once built this self-sovereign system could serve as a complete digital identity wallet which would travel with the person. Consequently, this online digital identity wallet could be used to verify one’s status and criminal history. Thereby, Customs and Immigration agents would be able to determine who to let in and who should be turned away at the border. Furthermore, this would free up the immigration courts from the overload of trying to identify individuals before they appear in court, since their identities would already have been verified on an immutable blockchain database.

This sort of system would further allow for use in numerous other cross governmental systems, such as healthcare, welfare and much more. Blockchain technology holds a tremendous amount of potential in the fight to secure countries and shore up immigration policies, and all that needs to be done is to change our outlook towards immigration. Instead of using bricks to build walls, we should use blocks to build blockchains. 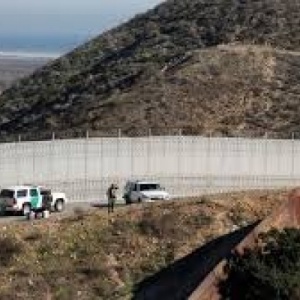