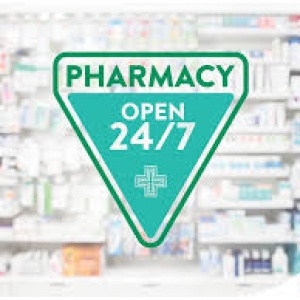 Many counterfeit and compromised drugs that cause great harm within the pharmaceutical ecosystem can be found online at e-pharmacy sites that aren’t particularly, if at all, licensed and regulated. We often hear how good Canadian medicine is as well as the cost effectiveness of their pharmacies. This has led to an uptick in purchasing from Canadian pharmacies online, however according to the Alliance for Safe Online Pharmacies, 74% of “Canadian Online Pharmacies” source their drugs from outside of Canada. From 2010 to 2014, Interpol’s Operation Pangea, with support from nations all over the globe, suspended 57,000 illicit online pharmacies and seized approximately 30.3 million units of fake medicine This trend has grown and according to the WHO, 100,000 to 1 million people die from fake modification each year with this being an over 200-billion-dollar market. While fighting drug addiction is very difficult and must be implemented in a multi-faceted manner, the fight against illegal and fake medications reaching the hands of the end user is easier to confront. The beginning of this fight against compromised drugs begins with ensuring the pharmaceutical supply chain.

Controlling these steps are several conglomerates who in large part control the pharmaceutical market are, Pfizer (United States) Novartis (Switzerland) Sanofi (France) Roche Holding (Switzerland) Merck & Co (United States) GlaxoSmithKline (United Kingdom). Due to the fact that, we know which companies control the pharmaceutical market we can look for technology whereby in partnership they could track drugs from creation to consumer thus eliminating in a large part counterfeit drugs. Once these counterfeit drugs are eliminated the opioid black-market crisis can be severely hampered. For we would be able to track the drugs and know what is legitimate and what is not. Fourth generation technology is available to fight the counterfeiting of drugs coming into the country.

Blockchain technology is this fourth-generation technology that I am speaking of. With the blockchain, all pharmaceutical drug supply information would be logged within the ledger, updated in real time, distributed upon a network and verifiable at any time. The fact that it is distributed ensures that every step is agreed upon to be true and the drug that is being delivered is original all along its path from one to eight. The fact that the trust is eliminated from the supply chain equation ensures the legitimacy of the drug and that the patient is receiving that which they have been prescribed. As we can see the benefits of a cross platform system would be tremendously beneficial and it is time that we start planning for it.