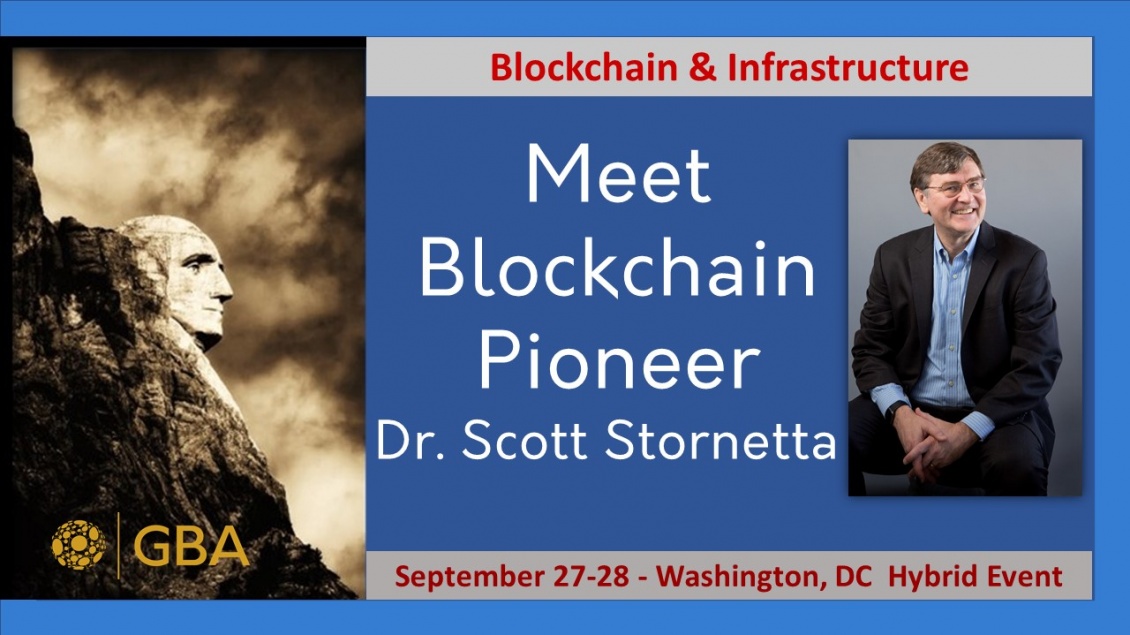 September 27-28, 2021/ Washington DC. The GBA, along with an assembly of blockchain associations, will present Blockchain & Infrastructure. During the recent Infrastructure legislation debate, one thing became crystal clear: policymakers need to have a solid understanding of blockchain and cryptocurrency if they are going to regulate it. And who better to teach the history of blockchain than Dr. Scott Stornetta? The works of the Doctor and his colleague, cryptographer Stuart Haber, were referenced three times in Satoshi Nakamoto’s 2009 bitcoin whitepaper. One could argue that Stornetta taught Satoshi how to blockchain. Trained as a theoretical physicist, Stornetta has been surmised to be Satoshi himself, which Dr. Stornetta denied from a GBA stage in Japanese, which he speaks. This exceptional man will be one of the instructors at Blockchain & Infrastructure, 9/27-28/2021, conducted live in Washington DC and virtually around the world.

On Tuesday evening, September 28, GBA will host a catered reception at the Whittemore House in Washington DC. During this reception, Working Groups will gather in the various Parlor Rooms for targeted conversations on Healthcare, Voting, Regulations, FinTech, and more. Wander through the splendid mansion, steeped in history, and meet Dr. Scott Stornetta. Mingle with legislators, embassy personnel, and innovators, who are putting this technology into play. The Blockchain & Infrastructure Evening Reception is one Soirée not to miss for anyone who is interested in learning, contributing to, and influencing the trajectory of blockchain and cryptocurrency around the world. All participants may opt into a conference networking app for ongoing connection, communication, and collaboration.

Event details are at www.governmentblockchainfoundation.org For more information email kathy.dache@GBAglobal.org.