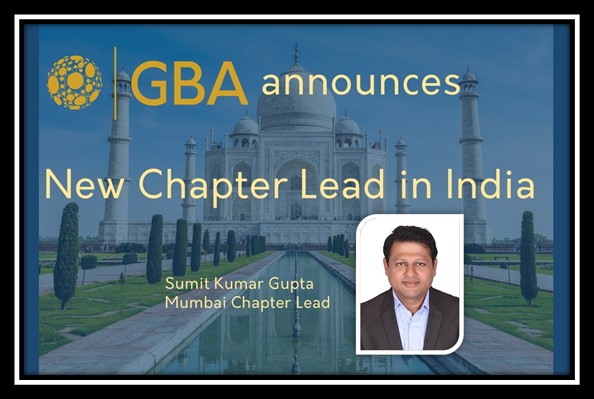 Washington DC. November 23, 2021-The new GBA Chapter Lead for Mumbai, Sumit Kumar Gupta is working as the “Chief Product Officer with Asva Labs”, an innovation lab that catalyzes the Web 3.0 revolution through interoperable, decentralized applications. Additionally, he is involved in consulting, sports, digital transformation, and product development using design thinking and innovation at its core. Also, he is in an advisory role with multiple companies in India and abroad.

With his 17+ years of experience, Sumit has worked on multiple complex strategic initiatives and is truly a thought leader and blockchain evangelist, bringing a fresh perspective to the GBA leadership team.

Mr. Gupta believes that the blockchain ecosystem will require significant innovation to materialize its decentralized future, and he is steadfast in bringing it about. He will need this resolve as India has recently announced that they seek to ban most private cryptocurrencies in a new bill in Parliament. The government will only allow certain cryptocurrencies in order to promote their underlying blockchain technology. Mr. Gupta’s determination to bring blockchain technology to the people of India, as he works alongside government, will benefit the citizens and the economy of his great nation.

The GBA leadership team is looking forward to working together with Mr. Gupta to hasten the adoption of blockchain technology in Mumbai, India.

The Government Blockchain Association (GBA) is a global business league, helping the private and public sectors to connect, communicate, and collaborate over everything blockchain.

To learn more about the GBA, or to get involved in the speedy adoption of blockchain technology, visit their website at www.gbaglobal.org