TicketsSpeakersScheduleReceptionsAwardsArt ShowTravel
When one thinks of Saudi Arabia, our minds immediately stray towards oil. For we know that Saudi Arabia is the driving force behind OPEC. However, when we delve down into the Saudi economy we can see that Blockchain Technology is developing in the banking sector and will soon be driving its monetary and governmental future. In order to recognize this, we only need to look at the major Blockchain events that have taken place during the past 11 months.

In February 2018, The (SAMA), the Saudi Arabian Monetary Authority and the central bank of Saudi Arabia (KSA) signed an agreement with Ripple to help banks in the KSA improve their payments infrastructure. xCurrent is that infrastructure and it is Ripple’s software solution that enables banks to instantly settle cross-border payments with end-to-end tracking. This partnership has the potential to drastically shift how banks in Saudi Arabia perform cross border payments both in the region and globally.

In May 2018, The Saudi Ministry of Communications and Information Technology partnered with ConsenSys, an American based company who creates software products powered by Ethereum. The ministry co-hosted a “blockchain bootcamp” with ConsenSys as part of its efforts to support technological advancement and the project in particular.

On December 26th 2018, the Saudi Customs authorities announced the conclusion of a pilot scheme linking its cross-border trade platform FASAH with and Maersk’s TradeLens  platform. This IBM platform itself is tied into supply chain management and efficiency.

The New Year hasn’t slowed down the Saudi’s development, as The Emirates News Agency on January 20, 2019 , announced that The Executive Committee of the Saudi-Emirati Coordination Council finished its first meeting in Abu Dhabi. In the meeting the sides addressed strategic issues for regional development in the governmental, public and private sectors. In exciting news for the cryptocurrency world, they announced a pilot project for the creation of a commonly accepted cryptocurrency for banking institutions.

In conclusion, we can see that Saudi Arabia is one of the leaders in blockchain banking and supply chain management and its partnership with Ripple, ConsenSys and IBM are only a few examples of the international push behind Saudi Arabia’s development. In the years ahead, we must follow closely to what the Kingdom is doing monetarily, for these projects have the capability to transform themselves into additional sectors. Oil may be leading the way in Saudi Arabia for now, but blockchain technology is not far behind. 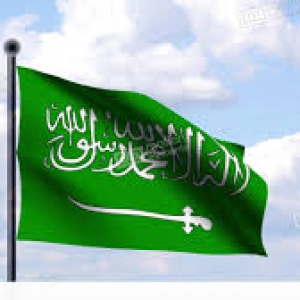