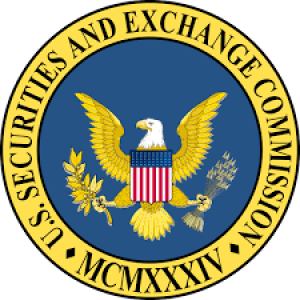 The SEC has been clamping down on Blockchain companies and Cryptocurrency frauds during the present month (May 2019) and has brought two high profile cases against NextBlock Global Ltd. and Argyle Coin, LLC. These cases were based upon these companies defrauding investors through misrepresentations of prominent blockchain investors and a Ponzi scheme in the cryptocurrency markets. Recently, we have seen that blockchain companies come under scrutiny due to their abuse of cryptocurrencies.

We must understand that while blockchain is the foundation and base for cryptocurrecies such as bitcoin, this is just one use of the technology. It would be a grave mistake to connect the two together and speak of them as one.This differentiation is important because many laypeople are not able to differentiate between the two. Thus, we must highlight the fraudulent use of blockchain technology, so that we can prevent future crimes, while at the same time advocating for legitimate technological advances.

Consequently, it will be important for researchers, investors and policy makers to follow financial abuse of the technology, so that regulations can be put in place that will prevent future abuses while at the same time advancing legitimate blockchain innovations. In order to do this, resources must be put into place whereby policy makers and investors will be able to understand both the legal and illegal trends within the blockchain ecosytem. A good place to begin is by following SEC policy here in the United States. Internationally, the G20 will be speaking about anti-money laundering (AML) and counter-terror financing (CTF) regulations at its upcoming meeting in Japan next month.

May 14, 2019 – The Securities and Exchange Commission today announced settled charges against NextBlock Global Ltd., a Canadian corporation formed to invest in blockchain companies and related digital assets, and its co-founder and former CEO, Alex Tapscott.

According to an SEC order, NextBlock and Tapscott made material misrepresentations in connection with a securities offering in 2017 that raised $2.4 million from U.S. investors and $16 million overall from more than 100 investors. The SEC’s order found that, as part of NextBlock’s fundraising efforts, NextBlock and Tapscott falsely represented to investors that as many as four prominent individuals in the blockchain community were serving as advisors to the company. Following press reports in late 2017 that disclosed the misrepresentations for the first time, NextBlock initiated court proceedings in Ontario to wind up the company and return offering proceeds to investors.

The SEC’s investigation was conducted by Gregory C. Padgett and supervised by Adam S. Aderton of the Asset Management Unit and assisted by Marlee Miller and Bonnie Kartzman of the Office of International Affairs. The SEC appreciates the assistance of the Ontario Securities Commission.

On May 20, the Honorable Judge Robin L. Rosenberg of the U.S. District Court for the Southern District of Florida granted the SEC’s request for a temporary restraining order and temporary asset freeze against Aman, Argyle Coin and other companies charged by the SEC as relief defendants. The court also appointed Jeffrey D. Schneider as a Receiver over Argyle Coin.

The SEC’s complaint alleges that Aman operated Argyle Coin as a Ponzi scheme — it used new investor funds to pay prior investors their purported returns.  As alleged, this fraud is a continuation of a scheme Aman orchestrated with two other companies he owns, Natural Diamonds Investment Co. (Natural Diamonds) and Eagle Financial Diamond Group Inc (Eagle).  According to the complaint, Aman engaged in unregistered offerings of securities in Natural Diamonds and Eagle as early as May 2014, falsely promising investors that the companies would invest in whole diamonds to cut down and sell for huge profits. Aman was assisted by Harold Seigel and Jonathan H. Seigel, who also have interests in Natural Diamonds and Eagle. According to the complaint, in October 2017, Aman and Jonathan H. Seigel continued the scheme by luring investors to invest in Argyle Coin, falsely claiming the investment was risk-free because it was backed by fancy colored diamonds and promising to use investor funds to develop the cryptocurrency business. Instead, according to the complaint, Aman, Natural Diamonds, Eagle, and Argyle Coin, misused or misappropriated more than $10 million of investor funds to pay other investors their purported returns and for Aman’s personal expenses, including rent on his home, purchases of horses, and riding lessons for his son.

“As alleged, Aman operated a complicated web of fraudulent companies in an effort to continually loot retail investors and perpetuate the Ponzi schemes as well as divert money to himself,” said Eric I. Bustillo, Director of the SEC’s Miami Regional Office. “The SEC’s diligent investigative work uncovered the Ponzi schemes and our goal is to bring justice to the harmed investors.”

The future of technology is in front of us and we must ensure that the legitimate companies thrive, while at the same time continuing to weed out those whose sole purpose is to defraud the public.