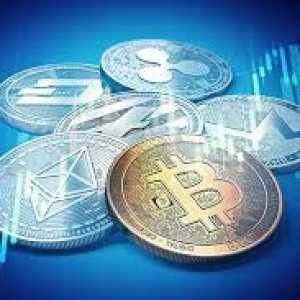 How can the United States stop the illegal use of Cryptocurrencies from occurring both today and in the future? How do we know that this abuse will occur? We only need to look at past history, human nature and the rate of success in using cryptocurrenices for the use of unregulated and or illegal commerce and draw our own conclusions from this information.

The United States government, has passed laws to curb the use of cryptocurrencies in money laundering schemes, however is this enough? While we won’t answer this question, we will mention the two basic laws that have been put in place in order to regulate cryptocurrenices and prevent their being used for illegal activities.

The first law is actually and act and it is called, The Bank Secrecy Act of 1970, better known and understood as the Currency and Foreign Transactions Reporting Act. This act is a law requiring financial institutions to assist the United States Government in detecting and preventing illegal transactions. For example, any deposit into a bank over 10,000 must be reported, thereby trying to cut down on illegal transfers. The insistence upon reporting these deposits has cut down on illegal money laundering and transfers both in the past and in the present.

The Financial Crimes Enforcement Network , in 2013, released a paper stating exchanges and administrators of virtual currencies are under the supervision of the Bank Secrecy Act and thereby must register as a Money Services Business. This act is an attempt to regulate virtual currencies through the oversight of these same virtual currencies. Oversight being the first step in regulating.

In the end, the Congress, has the power to regulate Virtual Currencies, under its exclusive constitutional power “to coin Money” and “regulate the Value thereof.” Thus, it is in the hands of Congress, to ultimately decide how to deal with the money systems of the future, one of them being virtual and cryptocurrenices. Cryptocurrencies are not going away, and thereby it is incumbent upon the congress to figure out a way to bring the policies and governance ordinances of the United States into the realities of the 21st century.