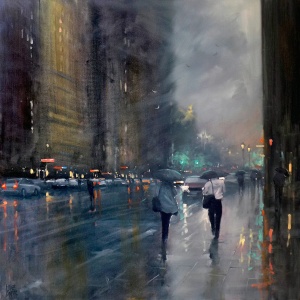 The world has entered into a global paradigm shift.

Paradigm shift: a fundamental change in approach or underlying assumptions.

According to Thomas Kuhn, an American physicist, historian and philosopher of science, there are two essential characteristics of a paradigm shift:

1. Sufficiently unprecedented to attract an enduring group of adherents away from competing modes of scientific activity

2. Sufficiently open-ended to leave all sorts of problems for the redefined group of practitioners to resolve

What paradigm shift am I referring to?

Blockchain technology- which allows the transfer of value peer to peer without the authorization of a third party.

So why would an open, decentralized ledger be a paradigm shift? Isn’t it just a technologically advanced calculator?

No. This paradigm shift has the potential to remove the concentration of power from a centralized few and transfer it to a more decentralized many. Decentralizing power will have tremendous impact on the Financial, Legal, Healthcare, Food Supply Chain, Identity Management, Governance, Law, and many more industries.

Blockchain’s entrance onto the world stage was through cryptocurrency, namely Bitcoin. As of January 2019, Bitcoin’s market cap is coming in at $63 BIL. This represents money that has moved from fiat currency into cryptocurrency. As more individuals trade their dollars, Euros and yen for cryptocurrency, what will happen to the government’s ability to levy taxes? What will happen to banks’ ability to control money supply? With mounting inflation due to governments’ fondness for printing money, the financial market is ripe for blockchain.

This trend has, not surprisingly, attracted participation from the Banking industry.

Billy Bambrough of Forbes Oppenheimer Funds on April 24, 2018, writes “Many central banks around the world are either considering or already developing cryptocurrencies to try to meet demand brought about by the rise of Bitcoin.”

JP Morgan is using Ethereum-Based Blockchain Payments in at least 75 of their banks. The blockchain is using Quorum, an Ethereum-based private blockchain developed by JPMorgan in partnership with development studio EthLab.

The question is, if these banks own, monitor and create their own cryptocurrencies, are they truly a blockchain, or just another name for electronic transfers? Banks are at least acknowledging that this new technology must be addressed.

Healthcare is ripe for Blockchain. It was reported in September 2014, that the United States spends roughly $218 billion per year on hospital administration costs, which is equivalent to 1.43 percent of the total U.S. economy. HHS sees blockchain as a potential solution for challenges that plague the increasingly complex world of digital health records. In addition to reducing waste, putting healthcare records on a blockchain would allow patients to own their own data.

According to a Fortune article by Sarah Gray on May 30, 2018

“Beyond causing more than 150 people to become sick, the E. coli outbreak, (in lettuce), caused huge losses to growers, a drop in sales for retailers, and disrupted supply chains as restaurants scrambled to find romaine lettuce alternatives..”

The ability to verify where food originated, and how and where it is handled along the way, could stop a shipment of contaminated lettuce before it leaves the farm.

Governments are ripe for blockchain. In the areas of voting, policy, spending, and trust, individual citizens are demanding a verifiable alternative to the (fake) news.

Where does this leave the business executive? For that, we need to look at Thomas Kuhn’s second point.

Most certainly. In these early stages of adaption, the companies that implement blockchain solutions will be the mavericks in a new game. Change does not come without resistance and knowing how to navigate successfully through “all sorts of (new) problems” will bring great reward.

To learn more, go to our website at:  www.gbaglobal.org/events/category/training-provider/gba-training-services/list