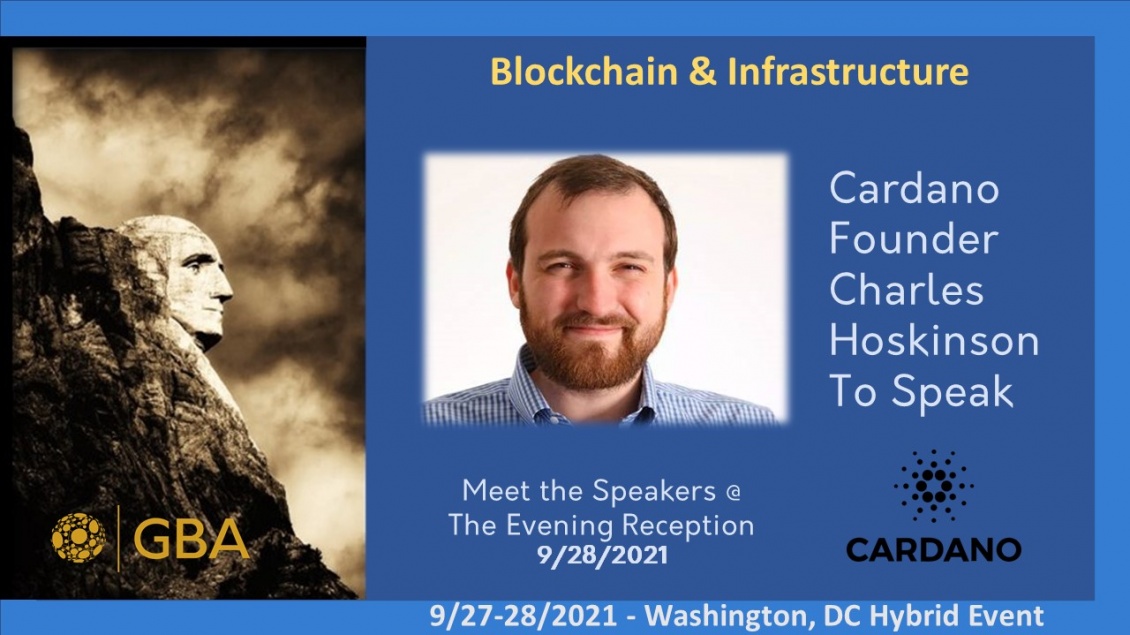 The recent debate over the Infrastructure Bill has made two things clear: The government will be regulating blockchain activities, but they don’t understand it well enough to do an effective job. For that reason, the Government Blockchain Association (GBA) and our partners are organizing Blockchain & Infrastructure, a two-day educational seminar for government leaders and their staff. The educational content will be delivered to public sector organizations exploring blockchain and cryptocurrency.

Mr. Charles Hoskinson of Cardano will be speaking live from Washington, DC, and will also be broadcast to virtual attendees in the Americas, Europe, Asia, Africa, and Australia. This 2-day hybrid experience will be a crash course in blockchain and cryptocurrency training, followed by an evening reception for networking and meeting the speakers, including Charles Hoskinson, Scott Stornetta, and other blockchain pioneers. Live and virtual attendees will also be able to engage with Mr. Hoskinson and other participants through a conference app provided by Qbix.

In 2013, Mr. Hoskinson was one of the original founders of Ethereum. A few years later, he spearheaded IOHK (Input Output Hong Kong), whose key project is Cardano. Cardano’s market cap is currently over $69 Billion. IOHK sponsors blockchain technology research labs at the University of Edinburgh and the Tokyo Institute of Technology and is collaborating on a blockchain research project with the University of Wyoming.

Mr. Hoskinson will be speaking at Blockchain & Infrastructure and will be networking with conference attendees during the evening reception on September 28 in Washington DC.

For details on this event and to purchase tickets, go to www.governmentblockchainfoundation.org